To celebrate the 50th Anniversary of Spaghetti Junction, I’m revisiting some old posts from my previous blog Botany in Birmingham. This one dates back to February 2017 and refers to previous posts ‘Salford Circus…’ and ‘…and other attractions’.

On my way to look, with varying degrees of success, at various things around the area, I passed through Salford Circus again. In fact when travelling on foot it’s pretty difficult not to. As I perambulated with intent, I came across a few things of interest.

This angle makes a little more sense of the subterranean section of the roundabout. Possibly. Maybe it’s just me.

Unfortunately, the drivers of the cars on the road above will never see this due to several feet of concrete and tarmac obscuring the view of what lies directly beneath them. Pedestrians will more than likely never see this view either due to the spot not being directly between two underpasses. The only people who will see the area from this perspective are people with too much time on their hands who don’t mind spending it here. I’ll leave you to draw up your own list of who those people might be. I suppose I’ll be on that list as well.

Here’s a more imposing shot of those trees we all know and love.

Weeds! I promised a post on weeds and this is not it. This is a warm up. There was a nice selection of plants growing along this strip of leaf litter. 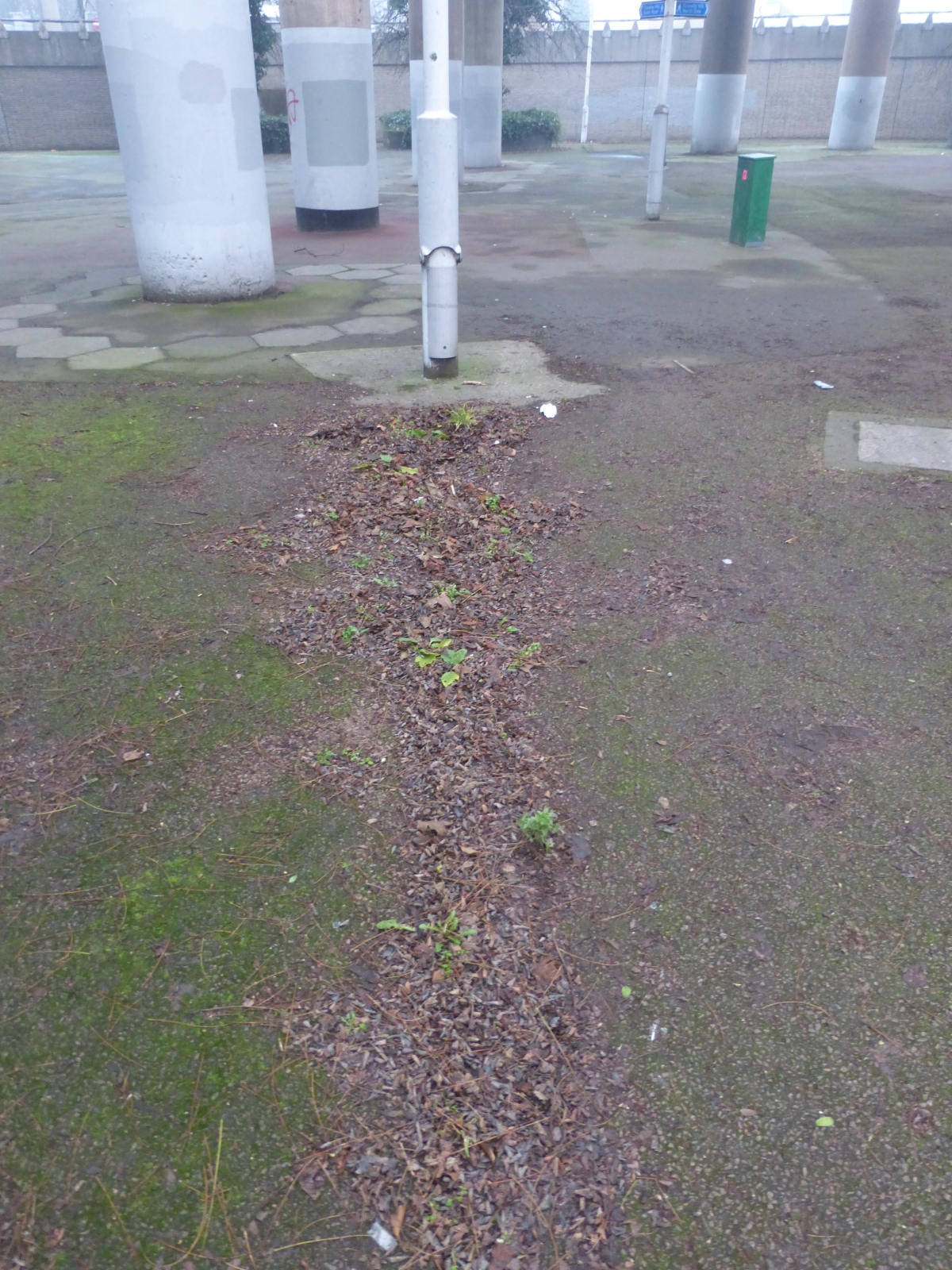 The leaves had settled into a strip of concrete that had been altered at some point, presumably to access the wires going to the lamp post. How kind of someone to go to such efforts. Simultaneously providing light so people can continue their night-time activities but also providing a new habitat for such fine little darlings as those below. I didn’t poke around but I can’t imagine there’s much more than half an inch of mud/leaves there, probably not even that, but the plants are doing a magnificent job all the same. There’s quite a bit of plantain here along with groundsel, chickweed, dandelions, bittercress and smooth sow-thistle. If you’re lucky you’ll be able to identify some of these in the blurry pictures below. 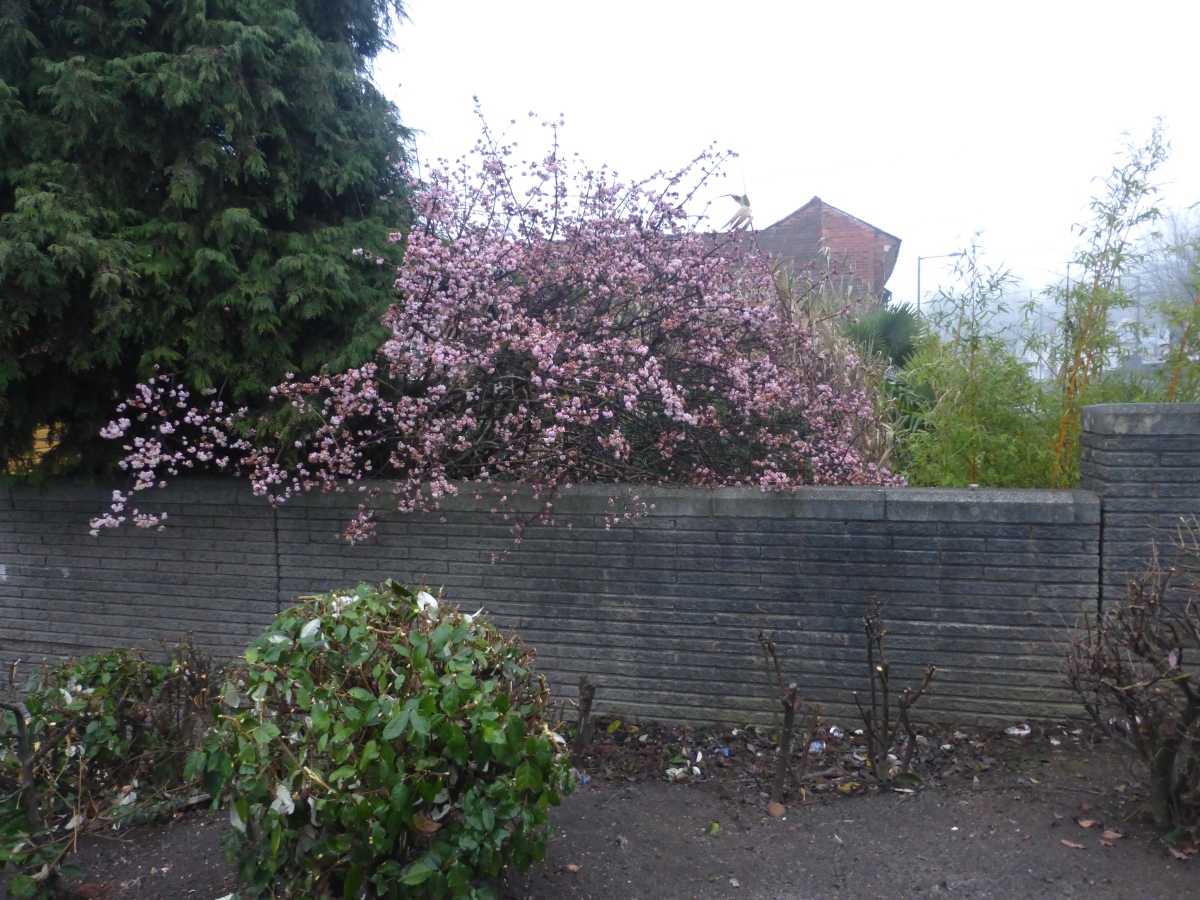 A cheerful end to a rather cold and murky trip.

2 thoughts on “Appendices (to Salford Circus)”

Corydalis solida 'Beth Evans' is having a whale of

Corydalis solida 'Beth Evans' is having a whale of